Roland Fogel is considered one of the leading international experts in the field of physiological and medical aspects of making music, thus of music ergonomics.

As early as the 1980s, R. Fogel started to develop a holistic approach of music ergonomics on a scientific basis as a viable future concept for instrumental pedagogy.

In the years that followed, he developed numerous methods and strategies in this spirit, which translate scientific findings, e.g. from neurology, into concrete pedagogical strategies.

Fogel runs a studio for instrumental pedagogical prevention and acute treatment of music disorders - this in close cooperation with music physiological institutes, such as the IMMM Hannover under the direction of Univ. Prof. Dr. Eckart Altenmüller.

He also lectures at international master classes and seminars at music academies.

For several years he lived in New York and Boston in the USA. His experience with the local music scenes had a lasting influence on his musical work. In his compositions and concerts, the combination of classical music, jazz and blues plays an increasingly important role, so does the percussion.

Roland Fogel first studied musicology, philosophy and pedagogy, followed by classical guitar at the Musikhochschule Cologne/Aachen with Professor Thomas Müller-Pering. Among his most important teachers are A. Carlevaro, D. Kavanagh, A. Frautschi, H. Käppel. 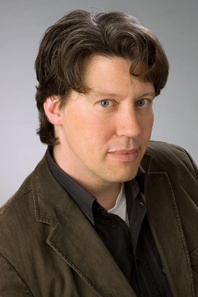 For comments and questions, please get in touch via contact@musicergonomics.eu